Among the number of current players on hand for the day’s event was first-year goaltender, Ulrik Roussel, who said he enjoyed the day outside, helping out at one of the draw tables under a sunny blue sky.

“It’s been a lot of fun,” Roussel said. “We’ve been pretty busy with hockey here every day, so I’m glad to be here to help out with this today and help with this event.”

However, while the 19-year-old was happy to volunteer his time and talk to team fans and supporters, he wasn’t exactly among those rushing onto the course for the 1 p.m. shotgun start.

When asked about his own golf game, the Mont-Tremblant, QC., product couldn’t help but let out a laugh with his reply.

“How’s my golf game?…Brutal,” he said shaking his head with a smile. “I’m really not a great golfer.” 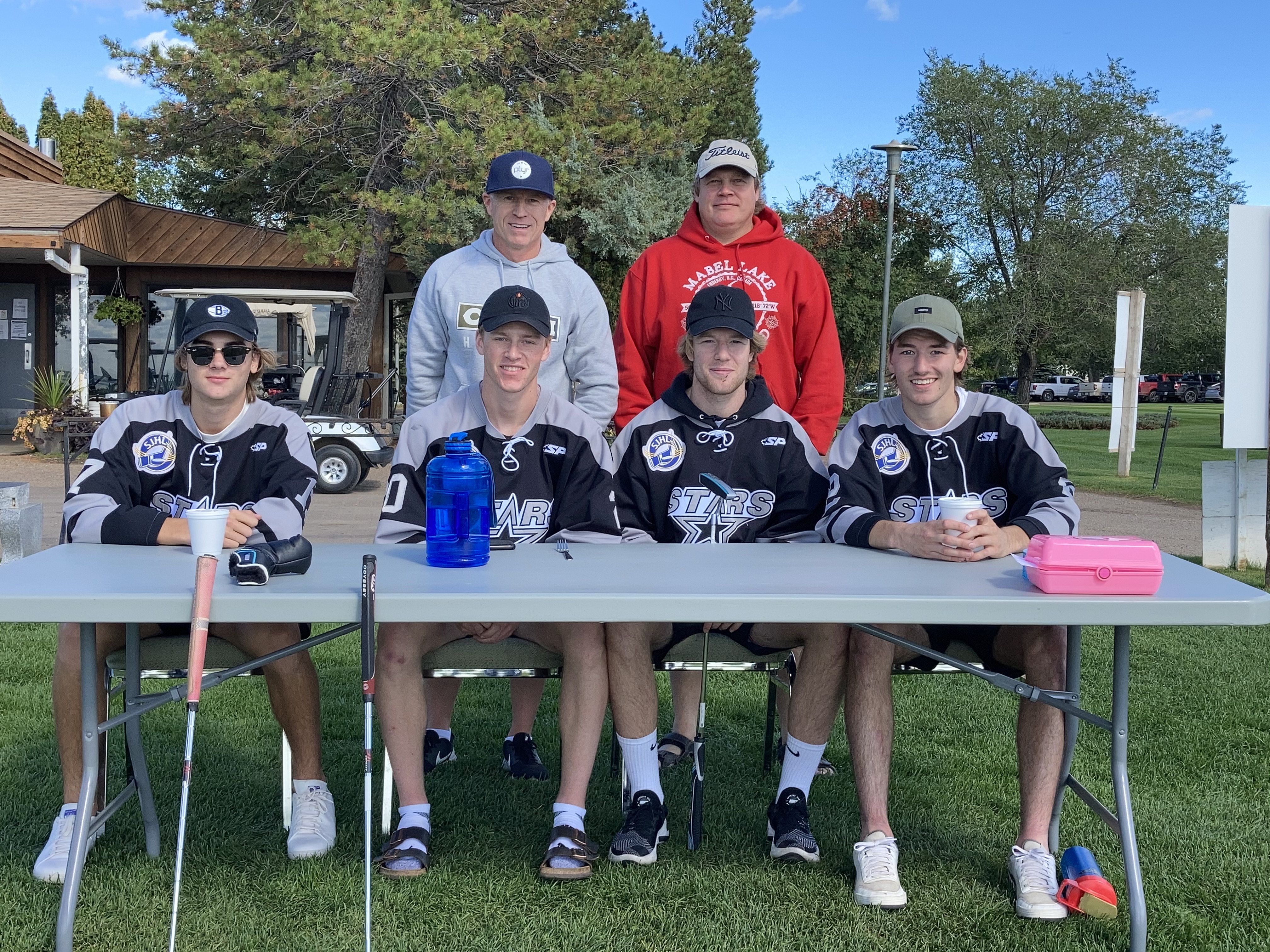 Current and former North Stars players gather for a picture at Friday’s event. Pictured front (L-R): Tanner Klimpke, Ryland McNinch, Wilson Steele, Riley Little. Back (L-R): Martin Smith (1987-92), Greg Shury (1987-91). (Martin Martinson/battlefordsNOW Staff)
Another of the Stars netminders present at the day’s event was two-time Canalta Cup champion, Joel Grzybowski, who played three seasons with the team from 2016-19.
The 2019 SJHL Playoff MVP was joined on his team Friday by three fellow Stars alums, including Taryn Kotchorek (2015-18), Troy Gerein (2015-18), and Reed Delainey (2013-17); a trio with whom he won the first of his two SJHL championships with in 2017.
While Gryzbowski said his golf game may have been a bit rusty through the early part of the day, it didn’t stop him from enjoying his time on the course.
“Mine’s not looking too good, but all these [other] former champions here are playing pretty good golf right now,” Grzybowski said with a laugh. “The Alumni Golf Tournament is always a good time, so it’s great just to be back at the event again this year and here with these guys, it’s pretty special.”

That sentiment was shared by many former players and team alumni on the course throughout the day, including local North Stars’ legend, Martin Smith.

A North Battleford product, he said it is always nice when former teammates and players can make the trip for the event.

“It gives some guys who don’t normally come back to the Battlefords an excuse to come and catch up a bit, and maybe even stay and take in the game tomorrow night,” he said.

“I’m golfing today with Greg Shury, who I played four years with for the North Stars. My goaltender from my first year, Calvin Billingsley is here, and then you go through the years and see other guys here who played [like] Derek Sieben (1997-99), Jared and Derek Keller (2004-07), Mitch Wall (2007-10) and more. It’s just great to see everyone out today and be able to come back and swap stories and just reminisce a bit from when we played. That always makes it all the more enjoyable.” 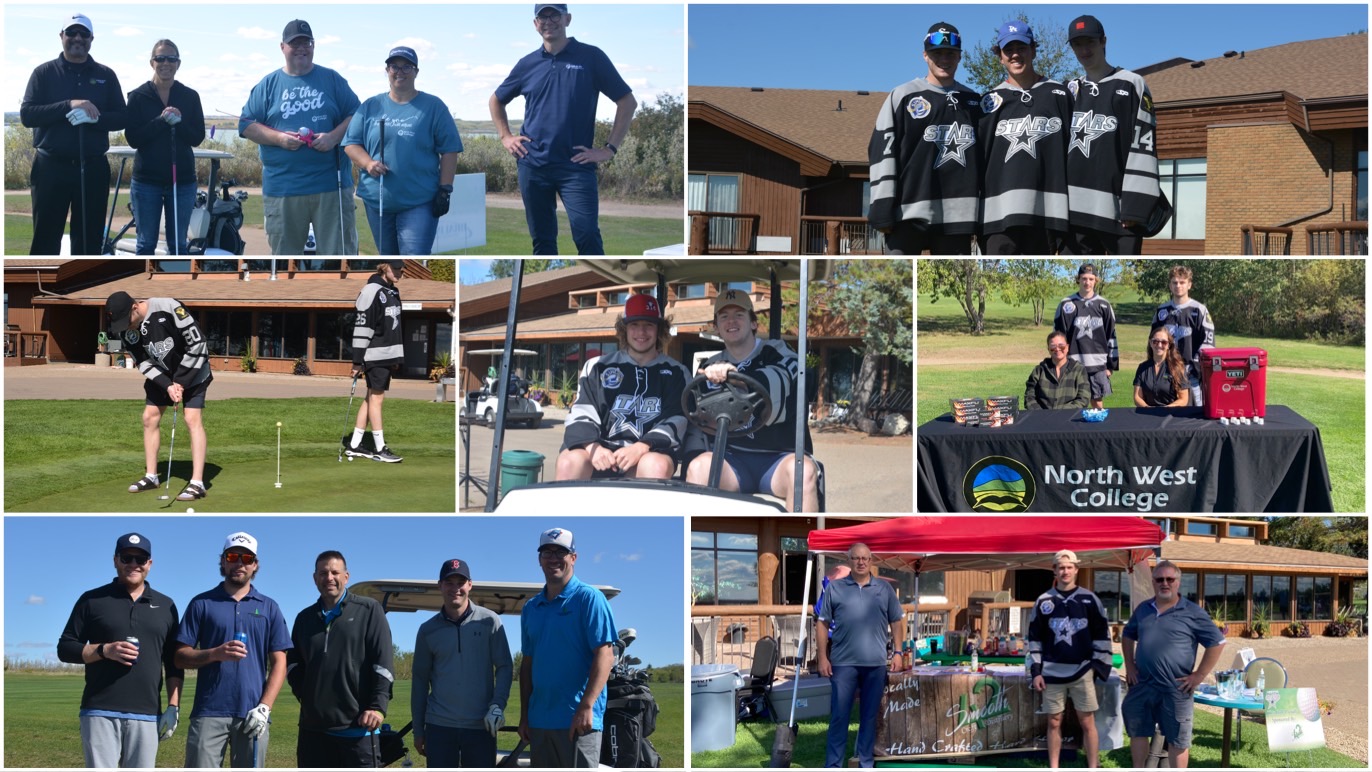