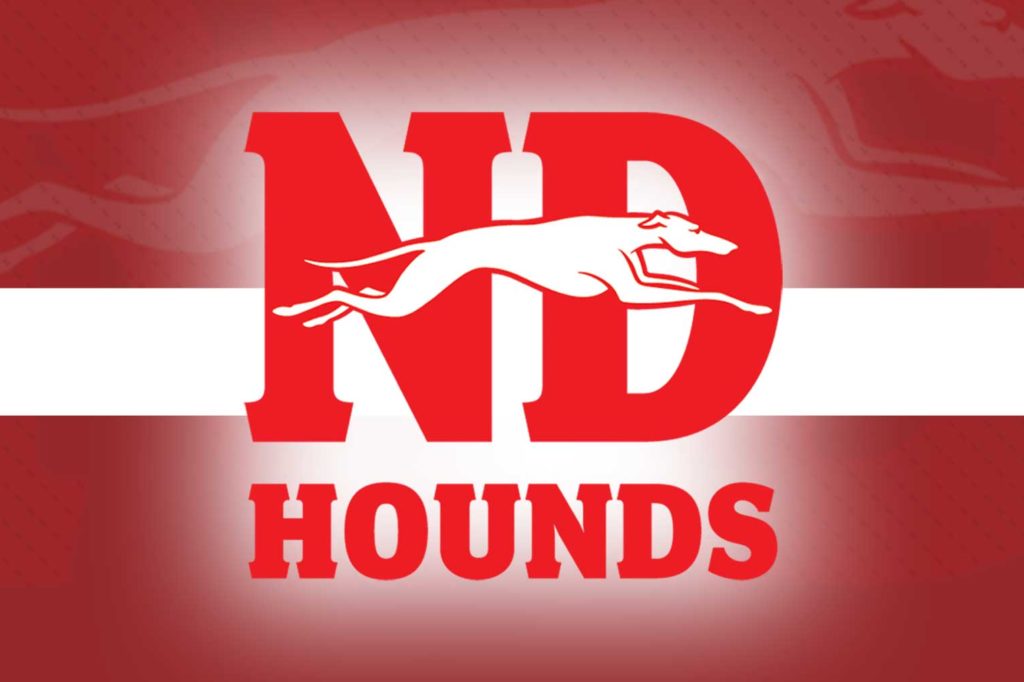 The Notre Dame Hounds took to the ice Tuesday night for the first time in 2023, and while it may have been a bit of a slow start for them, it was definitely a great finish as they earned a big 6-3 win over the Weyburn Red Wings in Radville.

Weyburn got off to a quick start, getting goals from Jacob Kalin and Ty Mason in the opening 10 minutes. Just a few minutes later, Air Force commit Will Dawson would cut into the Wings lead with his 14th of the campaign making it 2-1. The teams appeared destined to go into the intermission separated by one, but Jacob Kalin had other ideas as he scored his 2nd of the night with just 2 seconds remaining in the opening stanza,  making it a 3-1 Weyburn lead after one.

After that, it would be all Hounds on the scoresheet. Notre Dame would score five unanswered goals with two in the 2nd and three in the third to help cap off a massive comeback win. The Hounds had 6 different goal scorers Tuesday night. Will Dawson, Matteo Speranza, Isaiah Peters, Rocsyn Bird, Evan Vanden Heuvel, and Dane Probe all found the back of the net in Notre Dame’s 12th win of the season.

The win also vaults the Hounds over the Wings and into the 8th and final playoff spot. Action will resume Wednesday night with a pair of games on the schedule. The La Ronge Ice Wolves will host the Nipawin Hawks and the Yorkton Terriers will travel to Estevan to meet the Bruins.